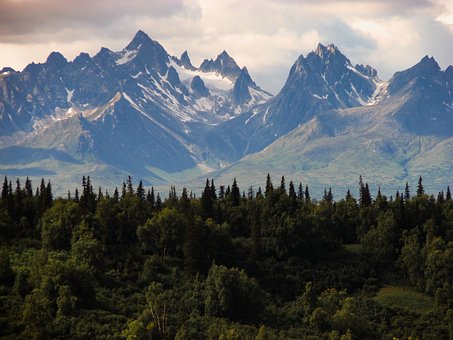 The Rocky Mountains provide some of the best wildlife viewing opportunities in Canada, if not North America. For lots of people spotting wildlife can be the highlight of their trip. When it is a grazing elk, a whistling marmot or a black bear playing it’s cubs, you are sure to encounter many wild creatures.

Also called’Whistlers’ because of the shrill, whistle-like noise they make. They’re photo-friendly creatures who live high in the alpine.

Place them: High mountain paths; often on peak of the Jasper Tramway on Whistlers mountain.

Appropriately named because their horns are huge, they are usually used as a sign of the Rocky Mountains.

This stocky goat has a shaggy white coat and a rather cute’blossom’. You might have to look up to see them though, because they prefer the inland regions, particularly cliffs or steep slopes.

Spot themAlong the Icefields Parkway between Banff and Jasper.

Grizzly bears (or brown bears as they’re sometimes known) are possibly the most infamous of all creatures in the Rockies. They are recognisable by the large hump at their shoulders, although you probably won’t want to get close enough to detect it.

To make matters confusing they too are often brown in color. Maintain your eyed open and return!

Recognisable with their enormous antlers and bulbous nose, moose are often quite timid animals. During mating season (October – November) they could become more aggressive, and you may hear them making a very loud, peculiar bellow as they attempt to attract a mate.

Elk are quite a common sight in the Rockies and they frequently seem fairly tame as they graze nonchalantly by the roadside. It is worth giving them a wide berth however, especially during the mating season (fall) because they have been known to strike.